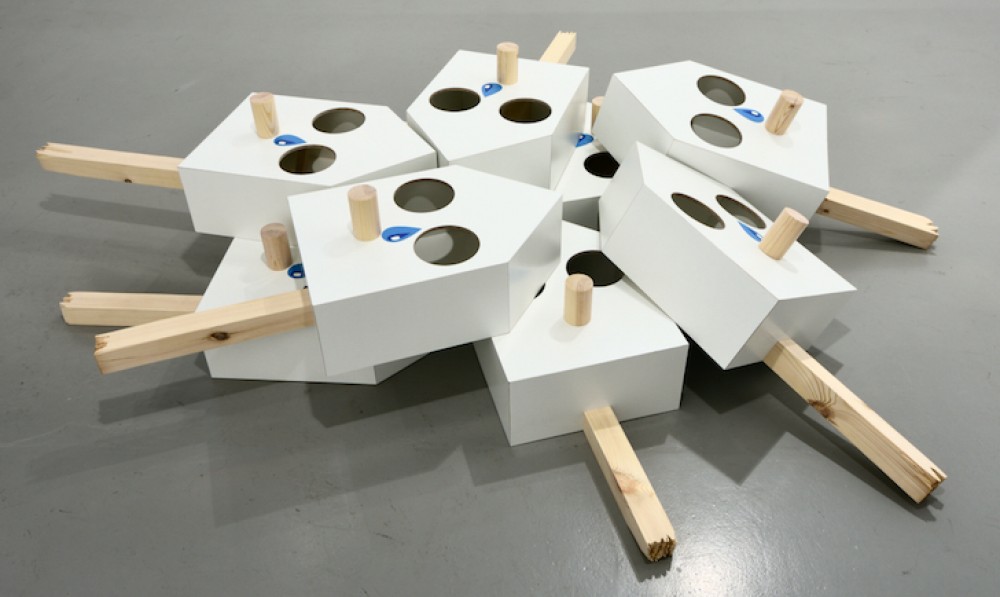 “Anti-war monument” is a living room-sized monument intended for private use solely. It is not a proposition, but a legitimate monument and as such it refers to a lasting war, which in some cases was lost (e.g., in Russia). It registers the very sad results of a war people unleashed on their institutions. The objective of this frightening yet genuinely popular movement couldn’t be more opposite than that of a broad humanitarian movement known as “institutional critique”: while the latter obliged institutions to reform, the former strives to eradicate institutions. In their place, this movement reestablishes patrimonial relations, nurtures a lack of legal awareness and promotes a belief (often masked as a manifestation of direct democracy) in omnipotence of face-to-face communication in a curious language characterized by exaggerated emotions. That’s why icons of extreme emotional states, e.g., manic laughter or tears, proliferate in our visual environment. The sculpture employs design resembling a birdhouse to activate a basic vocabulary of animacy, dwelling and security only to evoke an acute sense of loss. At the same time, the chosen pathetic style attests to the lack of a proper political discussion on the topic.