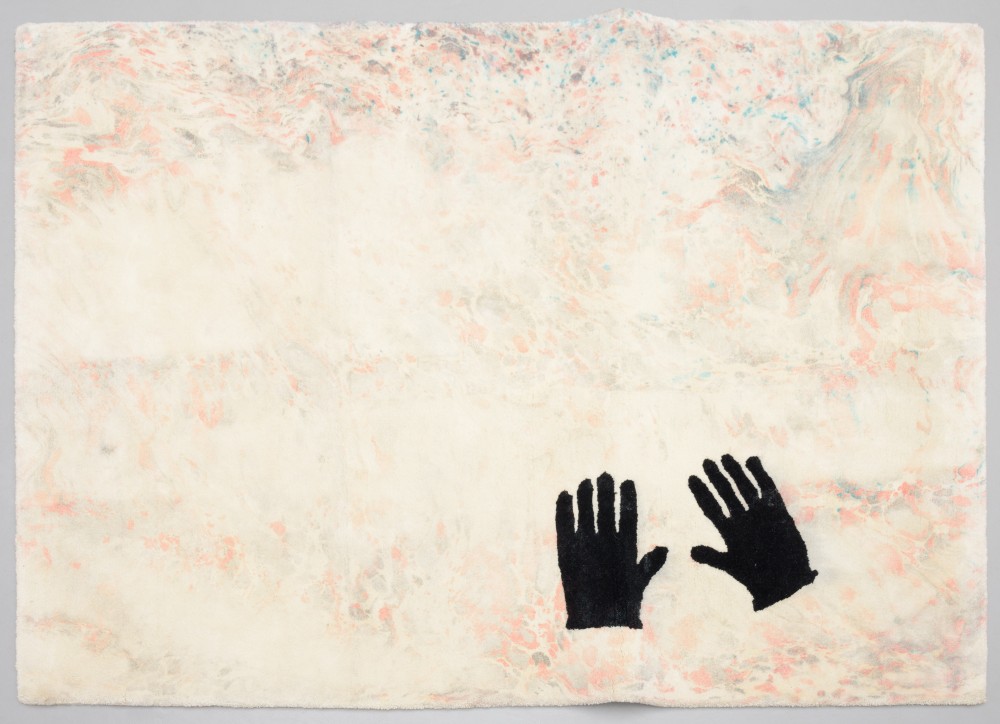 The artist pushes against the notion of paintings as precious objects, and takes a feminist approach to the hierarchy between crafts and applied arts versus fine arts. Women’s creative works have traditionally been less valued than the works of men. Painting was considered a masculine field, and crafts were considered women’s work. Crafts and handiwork were a task that women could work on between their other domestic duties. This is signified in the works by the hands (handicraft) and the cleansing element of domestic tools such as mops and brooms. Their works probe the boundaries what makes paintings legitimate and acceptable, and if feminine aspects and forms of creative expression are yet accepted in fine arts.