Cultural Dialogue Between Russia and Europe 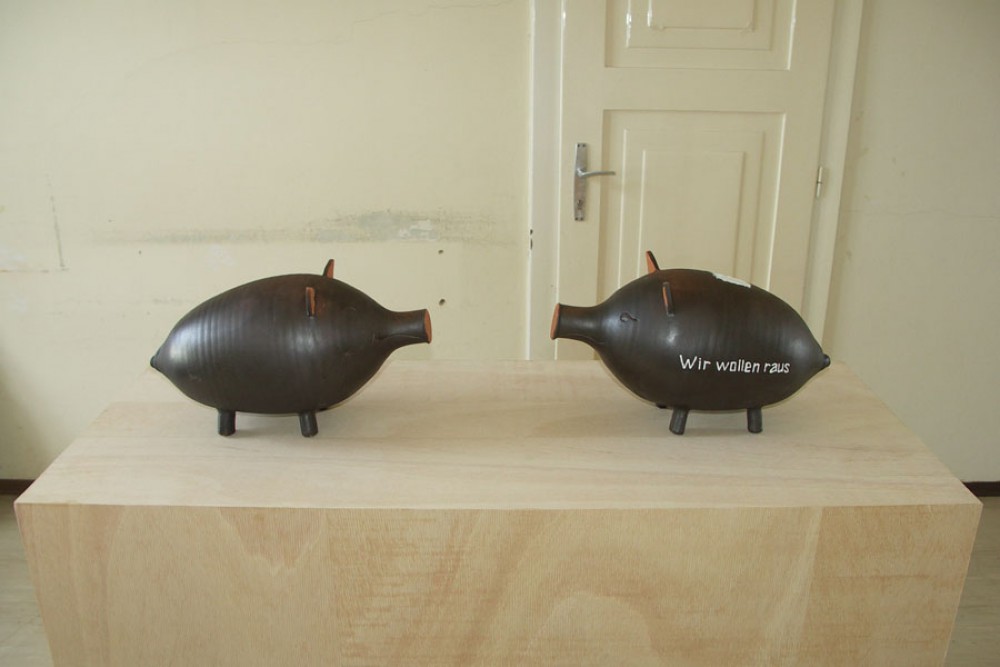 In the (post)modern informatized world we all are obliged to communicate to succeed. Also, art often is an instrument of international diplomacy. A situation of yet another binational exhibition staged to simply communicate was used to question the possibility of such an exchange by presenting a visual cliché which easily could have been used in a political caricature. Modern subject is depicted as a self-sufficient economical entity. The European side is a perfectly functional one while the Russian counterpart is malfunctioning and the only contribution to the global dialogue is its plea to be free.