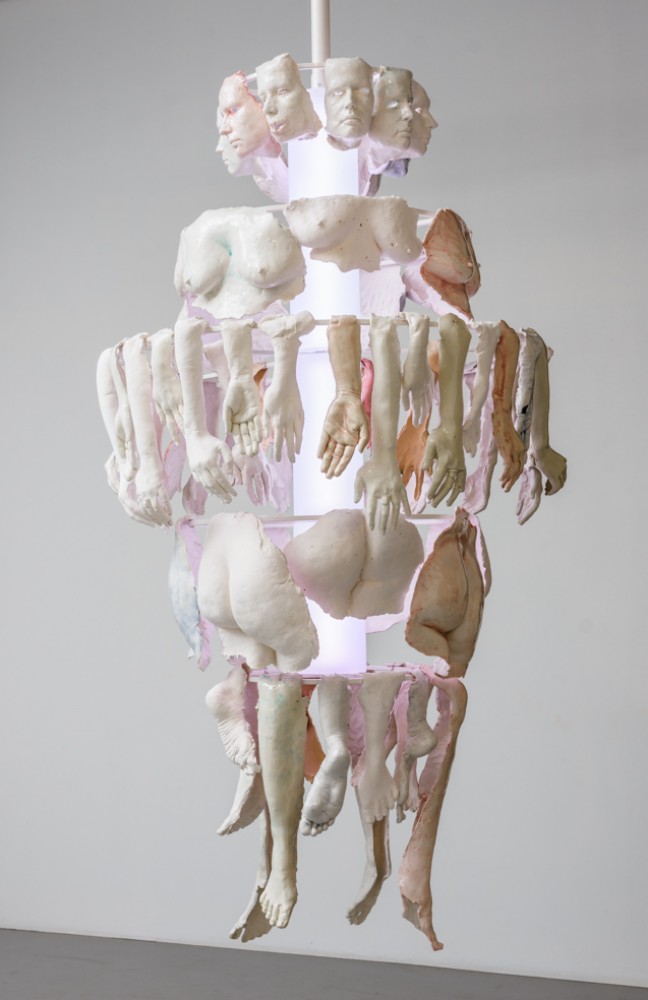 Physicality plays a significant role in several objects created by Karlson, either as a topic (e.g. ‘Doomsday’ is based on the experience of motherhood) or as the experience of the viewer standing between or next to oversized objects. The monstrous mother is the one of the most widespread motifs in the category of female monsters. Karlson has turned this ancient horror story upside down and, instead of displaying a threatening monster-mother, ‘Doomsday’ centres on the trauma of the motherhood from the mother’s perspective, manifested in the total decomposition and decomposition of the body.

Karlson's works often include a comic or playful element that balances the pessimistic and sombre undertones and adds ambivalence. In "Doomsday", the blinking neon light inside the candelabrum composed of body parts makes the horrifying piece- which clearly expresses a physical trauma- at least somewhat amusing, reminding one of the luring lights on various monuments and architectural objects aimed at attracting tourists, or of a brightly lit ballroom.