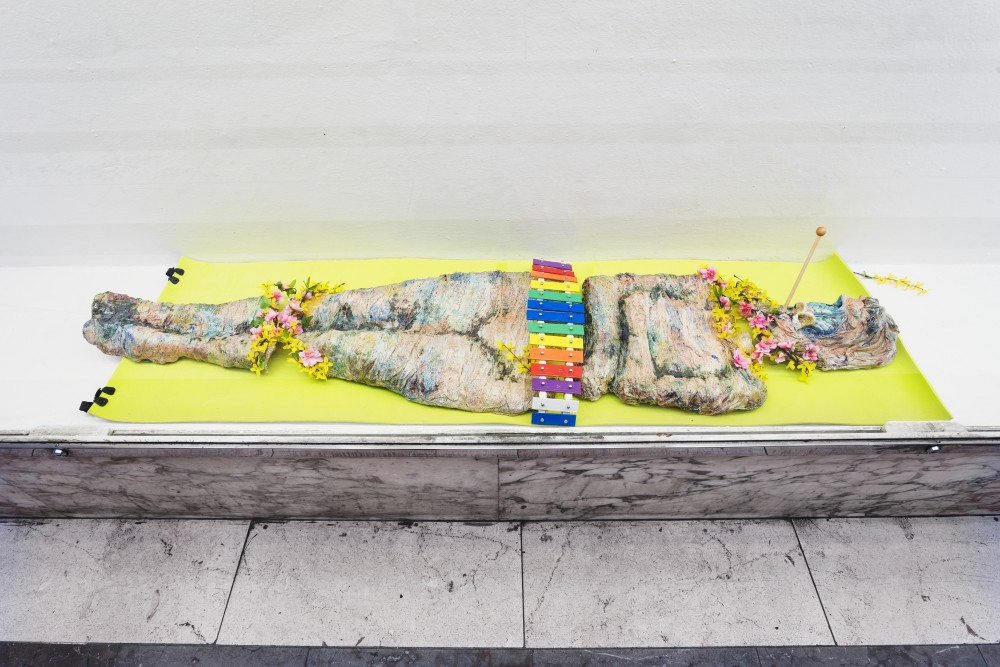 Odd moments that make lasting impressions are part of Lemsalu's art. In her subconscious she links them with her own personal strokes of fate, as well as with universal themes, until complex visual images appear in her conscious mind. In this way, a work of art is formed out of the things, abilities, and experiences that are available to the artist. Only then, as Lemsalu explains, does she reflect: "What happened to me? What happened to the world?"

'Fine with Afterlife' (2015) conceals an incident from one of her many journeys. In a park in New York  City, she happened to overhear a drug addict conversing on his cell phone about money and religion. Owing money to a dealer, he commented, "I'm fine with afterlife." Coming from a non-religious background, Lemsalu was fascinated by the notion that believing in an afterlife can weaken the fear of death. The ceramic, mummy-like figure with crossed arms is modeled after her own body. Inside the mouth of the baboon head is the mallet for a xylophone that is set up around the figure's hips. Ornamented with flowers, the figure, originally lying on a yoga mat, now floats lightly in a hammock.