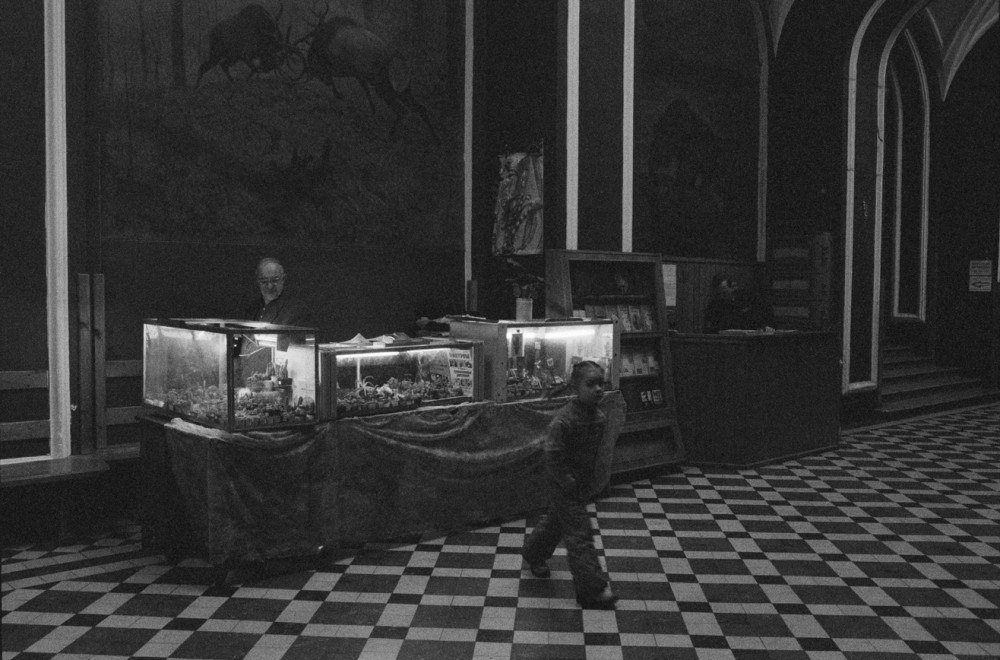 Set [...] in the Moscow Zoo Museum, Chernysheva reveals the different stages that the museum has gone through, from its palatial pre-revolutionary origins to the functionalism of the communist era and subsequently minor neo-capitalist entrepreneurism. Cactus Seller is a further inquiry into isolation but in this instance the individual concerned, the cactus seller, is engrossed in purposeful work, that of the study, nurture and ultimately sale of cacti. He remains alone, however, and bathetically linked to nonhuman life, something that in its very nature has developed a skin intended to repel humans. Chernysheva’s concern with the solitary condition of the worker is enhanced by the image of one of the Museum’s cloakroom attendants sitting at her desk. Another example of minor officialdom that still permeats Moscow, a remnant from the Soviet era when a steady job of work was an accepted fact of life. The photographs of the Museum hark back to this same era, one before the flashy customer-friendly over-designed displays that epitomize museums in the West became the norm. In the midst of this other natural history, surrounded by the contents of the Museum’s collection – stuffed animals and birds, skeletons – the cactus seller tends his mini-cacti in a futile attempt to make ends meet.