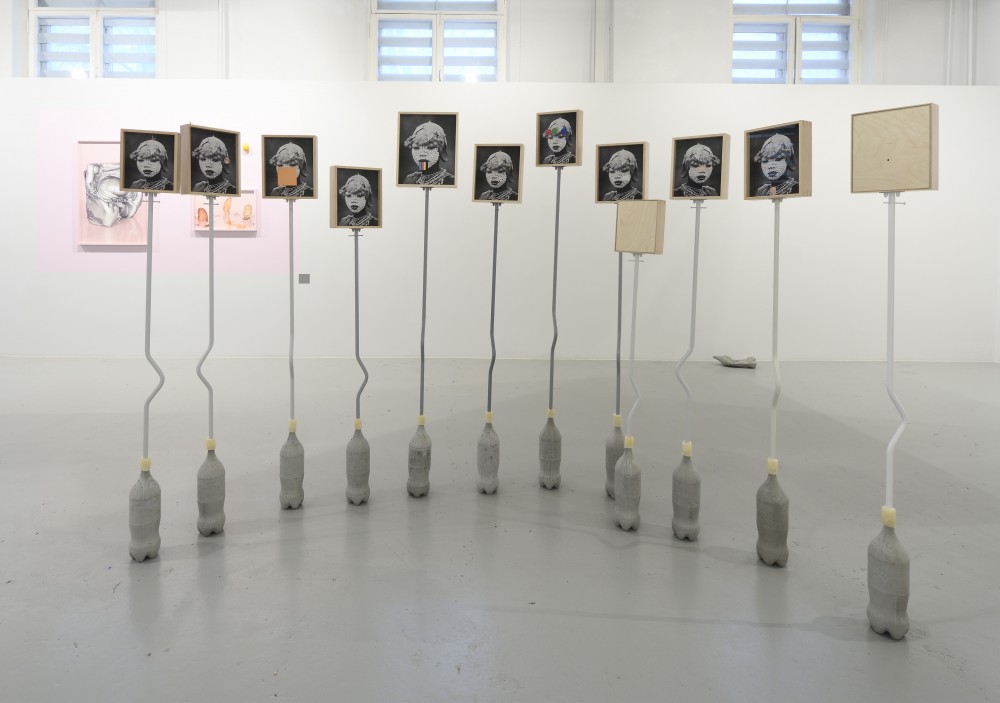 One of the most perspicacious works of recent times is “Hans_55” (2016), which centres on a photo taken by the German photographer Hans Silvester of members of the Surma and Mursi tribes of Ethiopia adorned by plants and natural pigments: one still from a piece of theatre presented for the photographer, meant to satisfy Western civilization’s craving for the exotic and the authentic. There are sugar plantations in the region so the West can have its Coca-Cola, and this is referred to by soda bottle-shaped concrete stands on which the photographs are supported. Viir, for her part, has decorated the tribal images with the accoutrements of everyday life in the West – optical glass, caps of ballpoint pens and a Post-it note – instilling in the viewer’s consciousness the guilty-conscience context in which we see this ‘free, carefree’ tribe.

From three-part photo installation “Snapshot photos of the Moon, black holes filled with sugar cube, snowball as a noble gift, Polish apple in a lift”