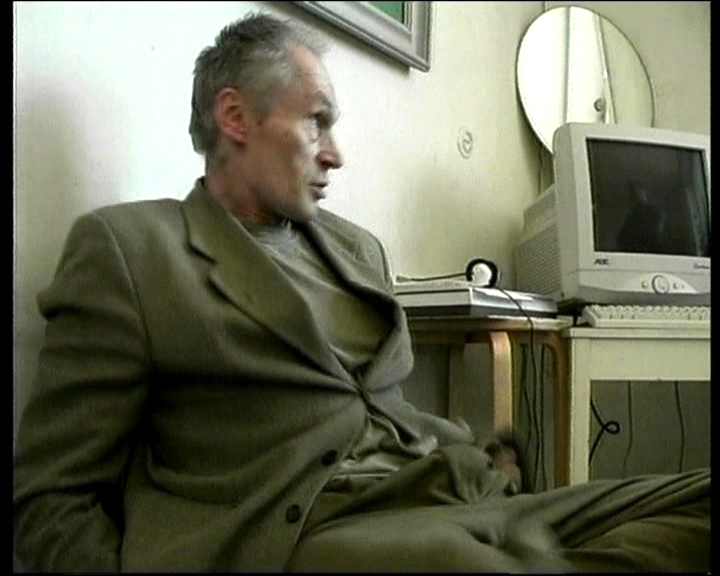 A documentary dialogue between two men, both artists; one of whom is trapped in a disintegrating body suffering Parkinson’s disease. Through an immense expression of his will and spirit he still manages to paint. His spiritual existence is in sharp contrast to the physicality of his condition and the directness of the interview.