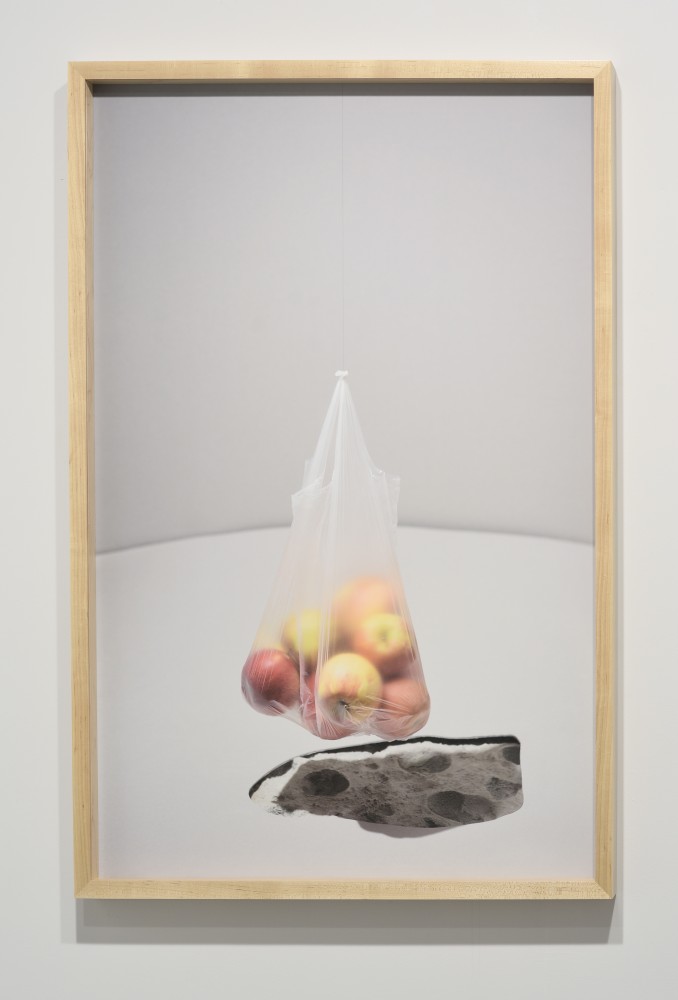 Exhibition “Import Export” talks about import and export in a general commercial sense, alluding to the transportation of art works and artists from one continent to another, customs procedures, and the mass migration of people and files. The title of the exhibition also refers to photography, the widespread use and distribution of photographs, and digital importing and exporting.

Sigrid Viir’s three-part photo installation “Snapshot Photos on the Moon, Black Holes Filled with Sugar Cube, Snowball as a Noble Gift, Polish Apple in a Lift” uses a “found” image from internet, a photograph of a Surma tribe member by Hans Silvester, polish apples bought from a local supermarket and snow as something exotic. Verging on fantasy, the work forms a visual narrative at the heart of which is a yearning for exoticism. The story, which carries a bit of absurdity, embodies relevant political issues, focusing on photography as a transformer of reality and on exoticism as a resource that is consistently reproduced and exploited.