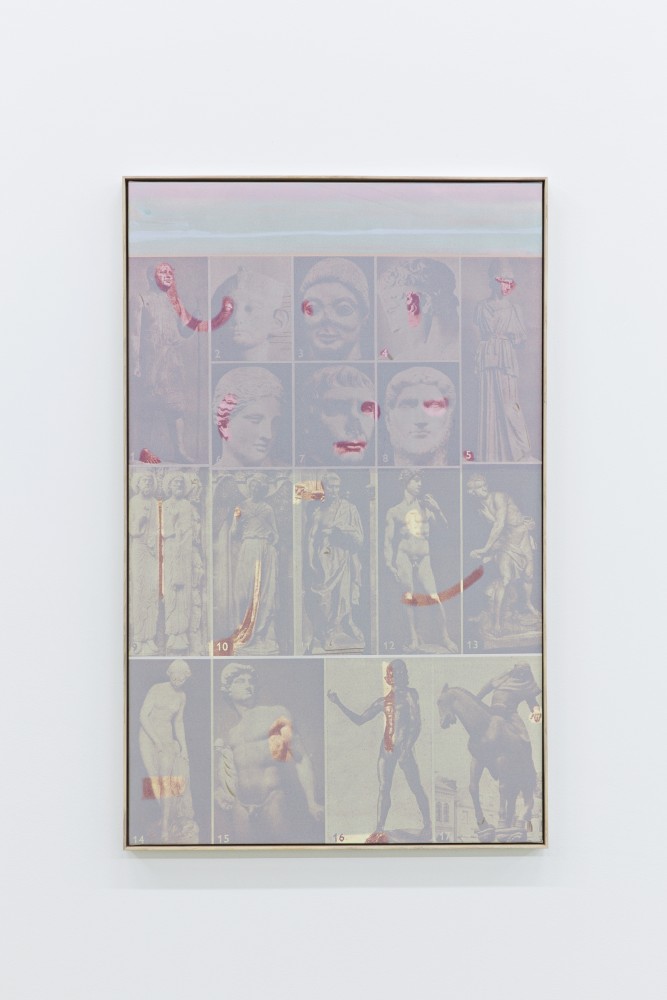 This work was created for Inga Meldere's solo exhibition "Vertex" at SIC Helsinki.

Meldere explains, that "vertex" means both the peak of a mountain, and it is used as a term in geometry. The first impulse or starting point for the exhibition was the SIC space itself, which reminded the artist of an early Italian renaissance church. Quite compact, vertical to the gaze with a ceiling of dark brown wood. The space was originally used as a warehouse for the harbour. Meldere thought about the exhibition as a spatial installation, where, for example, a mural would emphasize the verticality of the space, and would serve as backing for the paintings. The overall mood, as well as the direction of narrative, was essential to her.

The main elements used and portrayed in this painting series are mostly references to western European and other art history. The interpretation of individual lines, which "split" the pictures into two parts, brought in an added dimension, influenced by Barnett Newman’s compositions. Or specifically Giotto di Bondone’s oeuvre - compositions, decorative elements, or the use of line, his work also, for example, influenced spatial boundaries for his murals, from which Meldere unravelled the way he depicted the pattern of angel wings.