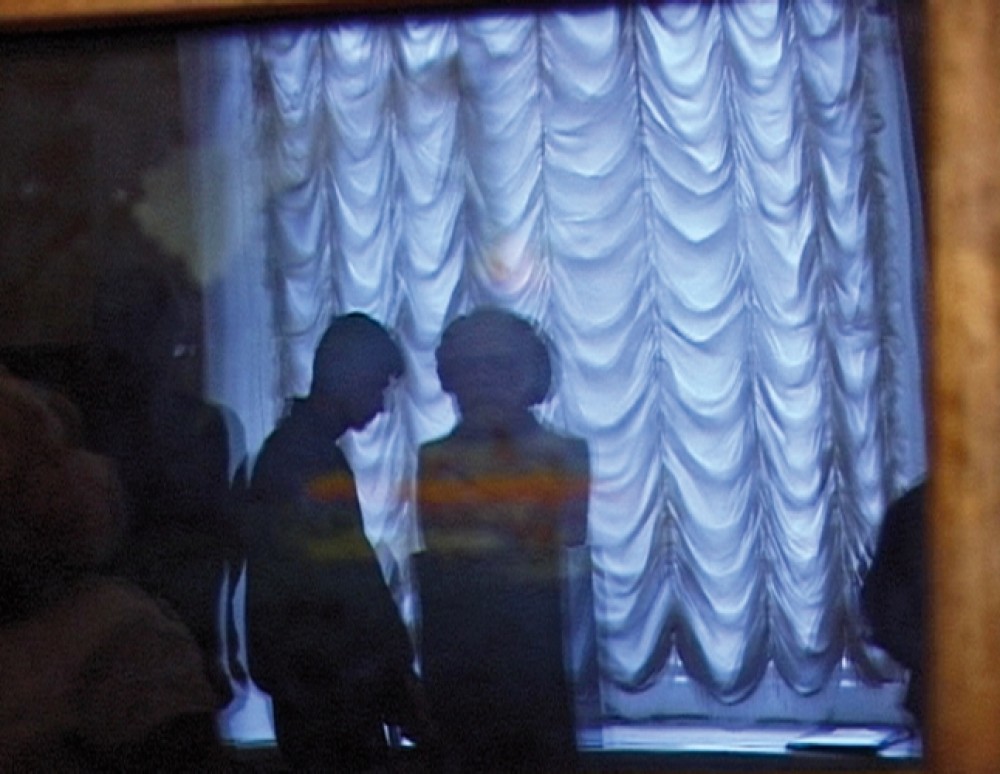 The majority of works exhibited in the Russian Museum in Saint Petersburg are carefully put behind the glass. It is not a special kind of glass that prevents reflections but the one full of flexes and reflexes.

This very glass can suddenly demonstrate us the unity between the image and its viewers. We can see how this glassy surface becomes a world of its own, that consists of a picture’s subject and the viewers that inhabit the reflection. They all form a single space for feelings.

A strange connection between the fates of ordinary viewers and a comprehensive state of Russian genre painting starts to form. The viewers begin to belong to the paintings. They start to fall under their power and stand still under their impression, trying on its mood.

We can hear the voice of a guide who describes the paintings, connecting them to contemporary consciousness, thus broadening the subjects for future philosophical generalizations. It even starts to seem that the voice describes not the pictures but their reflections, simultaneously producing new ones.

In such a way museum paintings live their lives with new visitors and new heroes. Leaving the museum, we find some new places for our moods, thus acquiring new footings for our existence.