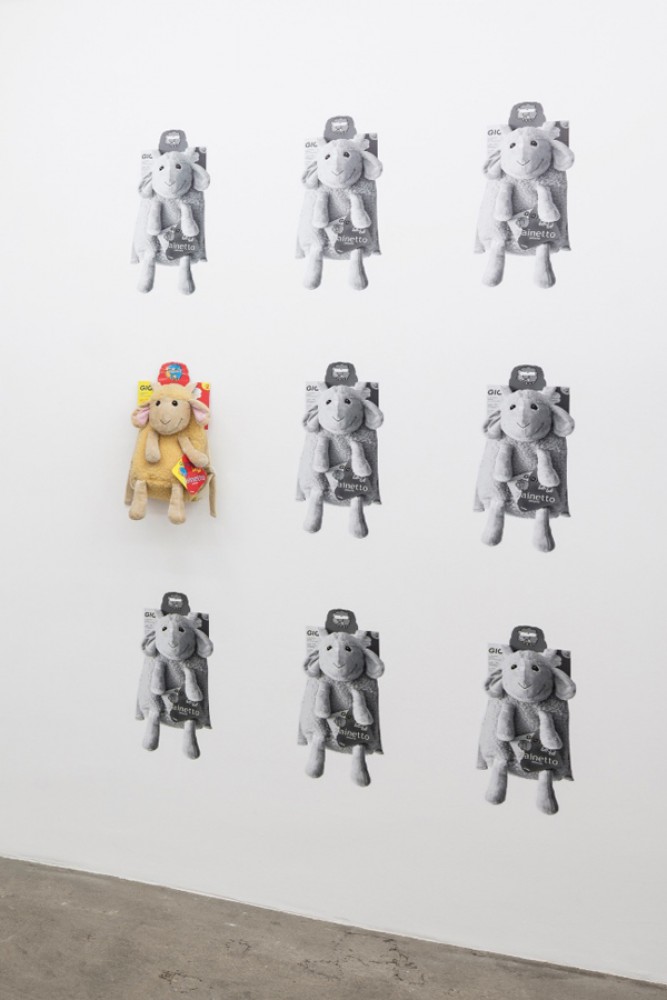 For a demonstration in Berlin, this iconic post-1989 political center, a few clichés are superimposed: one being portrayal of human dumbness via animalistic imagery; another is a belief in humanitarian technologies’ ability to raise proper rational citizens en masse; the third is art as display of a memorial communal archive. A traditional argument of a black sheep (in recent discussions, 1% of the rich, a former KGB agent turned president or a chauvinistic political candidate) spoiling the whole flock, which easily rejects any uneasy debate on civil responsibility, is reversed here literally. The main concern is that processes of globalization, Pan-Europeanism and democratization are stumbling. In this version of political art, a possibility of underperforming artistically as a fitting counterpart to citizens’ inability to protect democracy and their lack of will is entertained.