International group show ‘Doublethink: Double Vision’ featuring Merike Estna and Marko Mäetamm will open today at the Pera Müzesi-Museum in Istanbul. Marko Mäetamm will be having a live drawing session followed by a talk with the exhibition’s curator Alistair Hicks on June 7th. On the first of June, Inga Meldere, together with Atis Ievinš will open a duo show "Divdabis" at Latvian National Museum of Art. Opening at 5 PM. Marko Mäetamm is participating in a short-term residency at Banff Centre for Arts and Creativity in Alberta, Canada. Independent residencies in the Leighton Artists’ Studios offer artists the opportunity to delve into their work as a solitary retreat, as well as the option to engage within the larger community of the Banff Centre. Mäetamm is in residence together with two Canadian artists – Rita Bozi and Ken Cameron working on an upcoming exhibition that opens in Tallinn Art Hall in 2018.
Duration: May 14th – May 25th, 2017 Kris Lemsalu’s work “Angels Gone Missing” will be part of the opening exhibition “Aftermieter“ of foundation Haus Mödrath - Räume für Kunst.
The renovated mansion will now become a home for contemporary art, as well as a center for music and culture. The opening week of “Aftermieter” will take place from April 23 to 29, 2017, coinciding with the Art Cologne fair.

Jaanus Samma will present his project "Not Suitable For Work. A Chairman’s Tale” at the Estonian Pavilion of the 56th Venice Biennale, which will open to the public on the 9th of May. Curated by Italian curator Eugenio Viola, Samma’s project is a fragmented fictive opera, which follows a Soviet Estonian collective farm chairman, on trial for acts of homosexuality in the 1960s. The exhibition will bring together archive materials from the Soviet Estonia and the elegant aesthetics of opera. Read a recent interview with the artist published by Art in America magazine here. Temnikova & Kasela will also represent Samma’s work at the upcoming Liste Art Fair in Basel, which will take place from the 16th until the 21st of June 2015. The artist will present recent works, previously shown at his solo exhibition “The Hair Sucks Sweater Shop” at Tallinn Art Hall Gallery (2014). The gallery celebrates with the opening of Merike Estna’s exhibition “Corporate Jungle” on Friday, the 4th of September. The gallery will be open to visitors from 2 to 10pm. The exhibition will run until the 31st of October. On the month of its birthday, the gallery is supporting Tallinn Photomonth. Starting in September, it is one of the biggest contemporary art events in Estonia this autumn. The biennial is looking for support for its growing activities within the field of art. Support Photomonth here. Temnikova & Kasela gallery is pleased to invite you to the opening of Jaan Toomik’s exhibition "Smells like old menś spirit” on the 5th of November at 6pm. Lastekodu 1, Tallinn 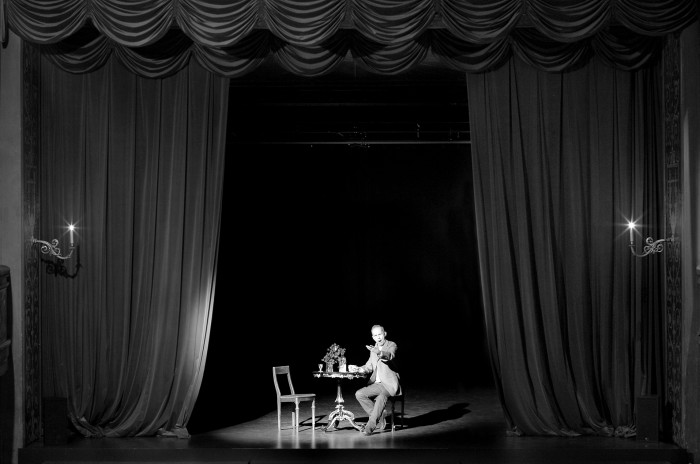 SigrId Viir, part of installation 'Purpose of the Universe and the Flickering Funnel' Merike Estna and Kris Lemsalu are taking part in the exhibition "Winter is Coming (Homage to the Future)" at Georg Kargl Gallery, curated by Maria Arusoo.
The exhibition takes place in the context of the gallery festival curated by_vienna.
Opening: September 8, 6-9pm