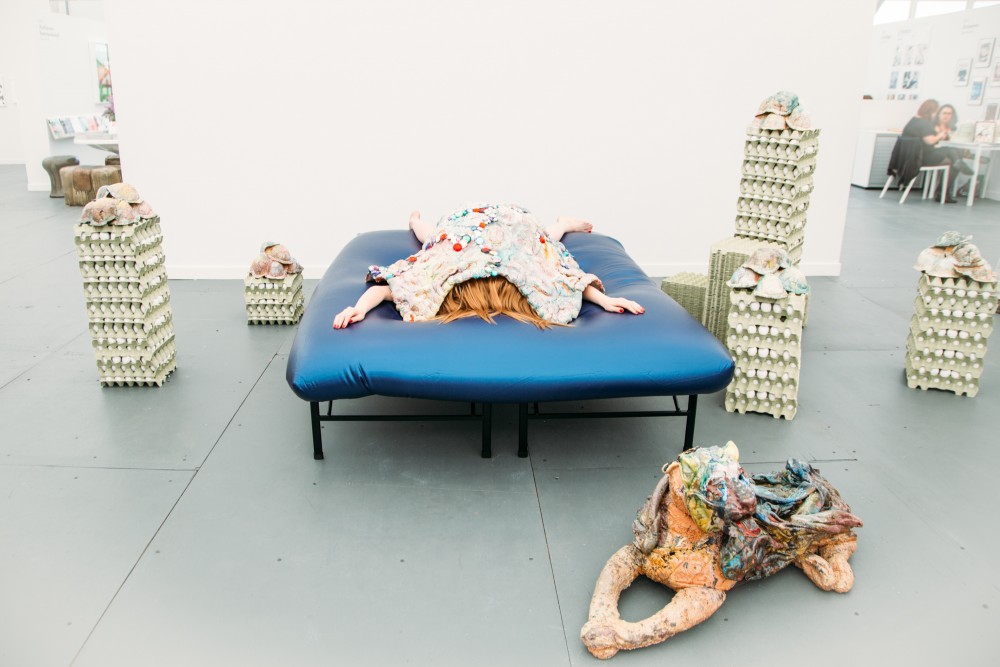 The artwork was produced for Frieze New York Frame section, 2015. The center of the booth was occupied by a half-full waterbed with a giant porcelain turtle shell on top of it covered in luxury and statement accessories. Towers of egg cartons, filled with eggs, surrounded the bed, each carrying a miniature version of the turtle shell on its “rooftop”. A porcelain tiger separated the bed from the “city” of egg carton tower blocks and visitors. Every day of the fair, the artist stayed inside of the turtle shell, only her arms and legs visible, completely still or sometimes moving gently along with the bed. The installation delved further into Lemsalu’s exploration of artistic presence in a slightly more sci-fi psychedelic setting characteristic of her recent shows like “Lord Got To Keep On Groovin'”, 2014.

Ceramic parts were created in Estonia in an anagama oven in early 2015. Most of the ceramic elements are produced by molding objects from the artist’s collection, and by means of a special artist's technique, which allows her to create rather fragile hyper-realist textures, such as the body of the toy-tiger in this particular installation.